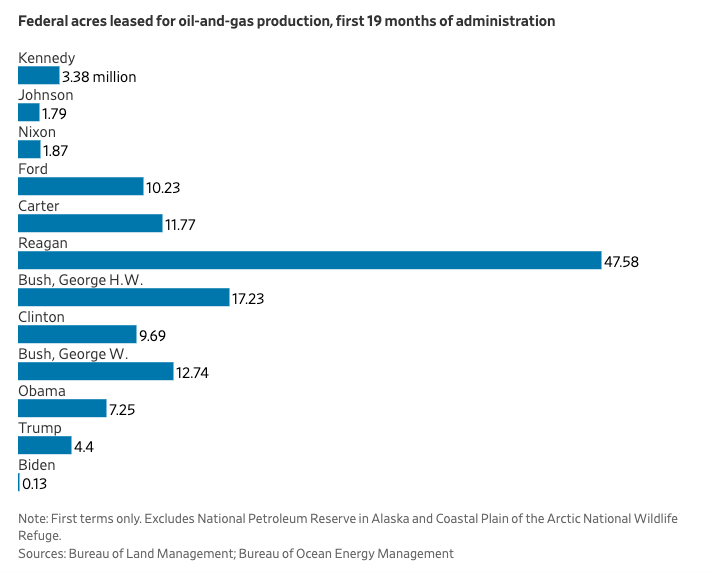 Federal oil leases have slowed to a trickle under the Biden administration.

During the campaign he vowed to stop drilling on federal lands, saying the nation needs to transition to clean energy. Biden would rather cut drilling at homeand look to our “enemies” for our energy needs. That doesn’t seem like a common sense path to take.

But he softened his stance as oil prices soared following Russia’s invasion of Ukraine,  calling for boosting oil supplies to ease runaway inflation. Maybe he needs an Economics 101 lesson about the law of supply and demand. His policies are resulting in less volume and, as a result, higher energy prices for working American families.

Bottom Line: President Biden campaigned on banning new oil and gas leases, and he’s followed through on that promise.. to the detriment of U.S. energy security and affordability. 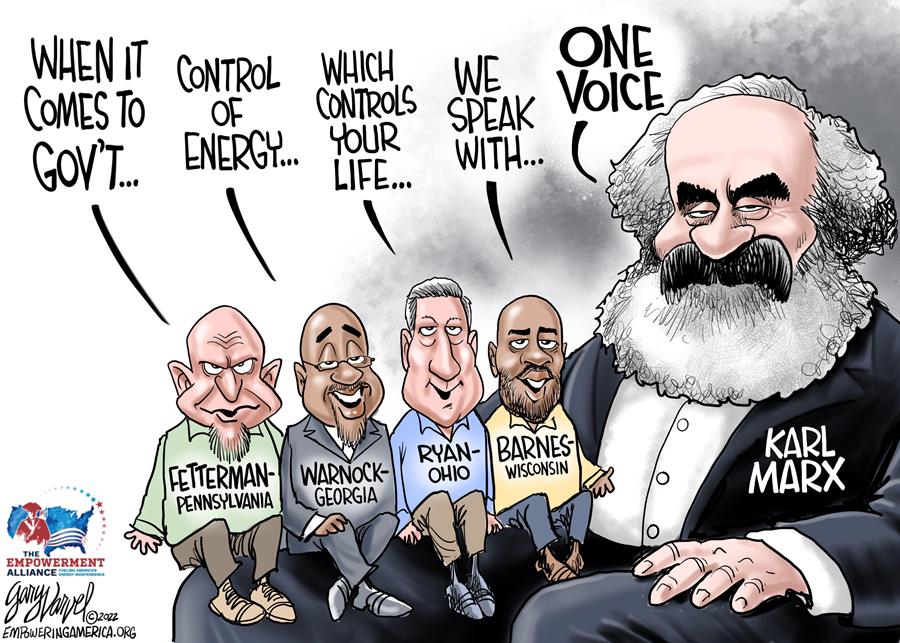 Let’s add Democrat John Fetterman to the list of those who say one thing on the stump and then likely will do another, if elected. The current Lieutenant Governor of Pennsylvania is seeking a U.S. Senate seat.

Fetterman called the Pennsylvania fracking industry a “stain” on the state in Reddit posts during his unsuccessful 2016 run for Senate. Recently, he’s been preaching a little different sermon. Republicans, his campaign said, “need to get real about climate change, and Democrats need to get real about our energy needs.”

He’s backtracking, but that’s no real surprise, is it? Look no further than his role model, President Joe Biden, who also made a pledge on the campaign trail on Oct. 24, 2020, on that issue.

Despite a plethora of promises that he would not ban fracking, the administration let a fracking ban take hold in the Delaware River Basin that covers Pennsylvania, New York, New Jersey and Delaware.

Just last month, however, Biden asked for a reversalof such policy off the California coast.

So where do politicians like these stand on the energy issue? Guess it depends on when and where they are speaking. Beware of Fetterman, Biden and others who campaign as sensible moderates and then govern by catering to the radical left wing of their party.

Bottom Line: Candidates that run as moderates but govern as radicals are nothing more than the proverbial wolf in sheep’s clothing. If left unchecked, their energy policies will destroy the American way of life.

Gasoline prices continue to fall across the nation, with the national average for a gallon now at $3.74, down about 6 cents from a week ago. One month ago, the average was north of $4/gallon, so this relief is more than welcome. Gas experts are projecting that we may even see sub-$3 averages by the end of the year. We shall see!

Hearing On PR Firms And Climate Change: On Wednesday, September 14, the House Natural Resources Subcommittee on Oversight and Investigations Committee will have a hearing on “The Role of Public Relations Firms in Preventing Action on Climate Change.”

Hearing On Fusion Energy: On Thursday, September 15, the Senate Energy and Natural Resources Committee will have a hearing “to examine the Federal government’s role in supporting the commercialization of fusion energy.”

“President Biden and Senator Warnock keep finding ways to blame everyone else for the insane gas and grocery prices. They need to look in the mirror and understand that their policies shipped American jobs overseas and made us reliant on our enemies for our energy!”

TIP FOR THE TRAIL: When campaigning on energy issues, stress the affordability of natural gas vs. expensive wind and solar. Polling shows that 74% of Americans, across party lines, are concerned about affordable energy!

CAN YOU DO US A FAVOR?

Take this 4 question survey on our Common Sense Energy newsletter and let us know what you like and how we can improve. We want our newsletter to be as helpful and relevant as possible, but we can’t do that without hearing from you!